The name Parksons packaging might not evoke instant brand recall, but as the manufacturer and exporters of printed and laminated folding cartons, it makes 10 million packs daily, for customers with international clout: Mondelez, Colgate, HLL, L’Oreal, Godrej, McDonald’s, Wockhardt and Ranbaxy. The Mumbai-based B2B packaging company has six manufacturing units in Daman, Chakan (Pune), two in Pantnagar (Uttarakhand), Guwahati and Sricity (near Chennai).

When Sabyasachi Thakur joined Parksons Packaging as its VP IT in April 2017, he identified the compelling need to spruce up its product and artwork management system.

Parksons Packaging was solely relying on a manual system to manage its artworks. When the company received a new project from its customers, its sales team worked with the design team called Prepress team, on the artworks, before it was taken for customer approval.

Prepress team worked on packaging industry specific software platforms ( ESKO, Adobe ) and output from these systems is sent to the customer in PDF format for approval. Sales and Prepress team work from different locations all over India.

‘At times, there were multiple iterations between customers, sales team and the prepress team before the customer approves the final design. Earlier, product specifications for a new project for a customer were initiated on an excel sheet called IOM,’ says Sabyasachi Thakur, VP IT, Parksons Packaging.

A manually created project ID was used to trace the project during its entire life cycle. Product specific features were put up in the IOM by salesperson and the same was sent to prepress as an email attachment. While the prepress team worked on the artworks, they also entered product design specific data in the IOM.

After the customer approves the artworks, this specification sheet was used for SKU creation in SAP. Since new job related processes were managed manually, there was lack of visibility and bottlenecks could not be tracked. Moreover, it was difficult to control errors in an excel based system, due to its inherent limitations.

SKU creation was also managed manually in an excel sheet. Purchase department, master data team were involved in the BOM and routing definition of each SKU. SKU was created in SAP first and the Sales team would punch the SO in SAP. Post SO creation in SAP, factory production planning team would manage the production planning and delivery to customer.

There was a huge chaos in exchange of information between the sales, prepress and purchase team, resulting in delays.

Average cycle time for SO creation in SAP was 8-9 days, as manually it was impossible to find the bottlenecks and reduce turnaround time. Since a lot of time was consumed in the SO creation process, production delivery and planning was getting affected.

Quick off the mark

Now, a system generated project ID is used to track a new project during its entire lifecycle. Master folder with artwork files approved by the customer are available for use to the factory production planning team from the new system.

Instead of sharing an excel sheet via email, a form in the system moves from one department to other. Real time analytics and visibility of jobs is now possible as there is a central database in which all the jobs are recorded.

Different validations have been put in the data entry forms to minimise errors wherever possible. The artwork management component of FlowPark is used to capture meta data from PDF files in order to reduce data entry errors with respect to the product specifications.

‘SKU creation in SAP by master data team also became easier, as BOM and routing related entries are managed with the help of our new platform. Real time reports from the system help in analysing delays and reducing bottlenecks,’ he says.

Earlier, design errors used to pop up during print commencement. This resulted in delays. Now, the process has been automated and the errors are detected at an early stage. This wouldn’t have been possible with excel. Now, there is a greater transparency on the projects assigned to people.

‘Our objective is to reduce cycle time in SO creation by 50% and this will help in superior production planning and increased efficiency of operations,’ he shares.

FlowPark went live on Feb 12, 2018. ‘We are currently in the stabilization period. We hope to see the results soon,’ he said.

It connects all stakeholders into an automated workflow, empowers users with proofing tools and gives complete transparency to the entire process with approval request tracking, audit trails and dashboards. In essence, you will be able to release error free artworks consistently with minimal effort.

Sounds interesting? Click here to set up an appointment or email us! 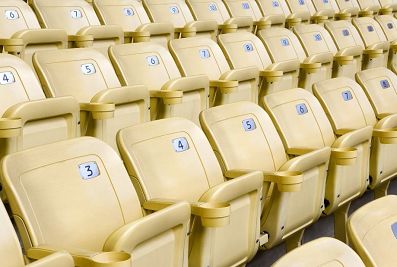 ARE YOU PAYING FOR UNUSED SEAT LICENSES IN YOUR PACKAGING ARTWORK GAMEPLAN?